I’m a serial shipper and I have no regrets. There’s just some couples that are SO well written that I can’t help but love how they love each other. and so, here’s my top 10 fictional couples in no particular order (as usual)

The first two come from an author I don’t prefer but only because of her main characters, these secondary (but still pretty important) characters are the reason I still read some of her book:

from The Dark Artifices

I know they appear in other books but we get to see a bit more of them here, where they are married and living together. Sure, Helen was exiled to shadowhunter-Siberia but Aline loved her wife so much that they are both living there shut out of the rest of the world. If that isn’t love, I don’t know what to tell you. Both are badass demon hunters from old prestigious families and Helen is part fae.

from The Mortal Instruments

I’m not gonna lie, I actually fell in love with this two thanks to the TV Show (which is coming back soon!) but then a friend of mine got me a few of the short stories that focus on them. The dynamics are a bit different on the book but they are still very much in love and they give so much of themselves to the other. Also a demon hunter dating a warlock (the son of a demon) is sooo Romeo and Juliet that I couldn’t not root for them. And then, these two are also a fucking power couple, one is an all-powerful warlock and the other one of the best warriors of his generation? and then they adopt two abandoned children because they are just that good.

from They both die at the end 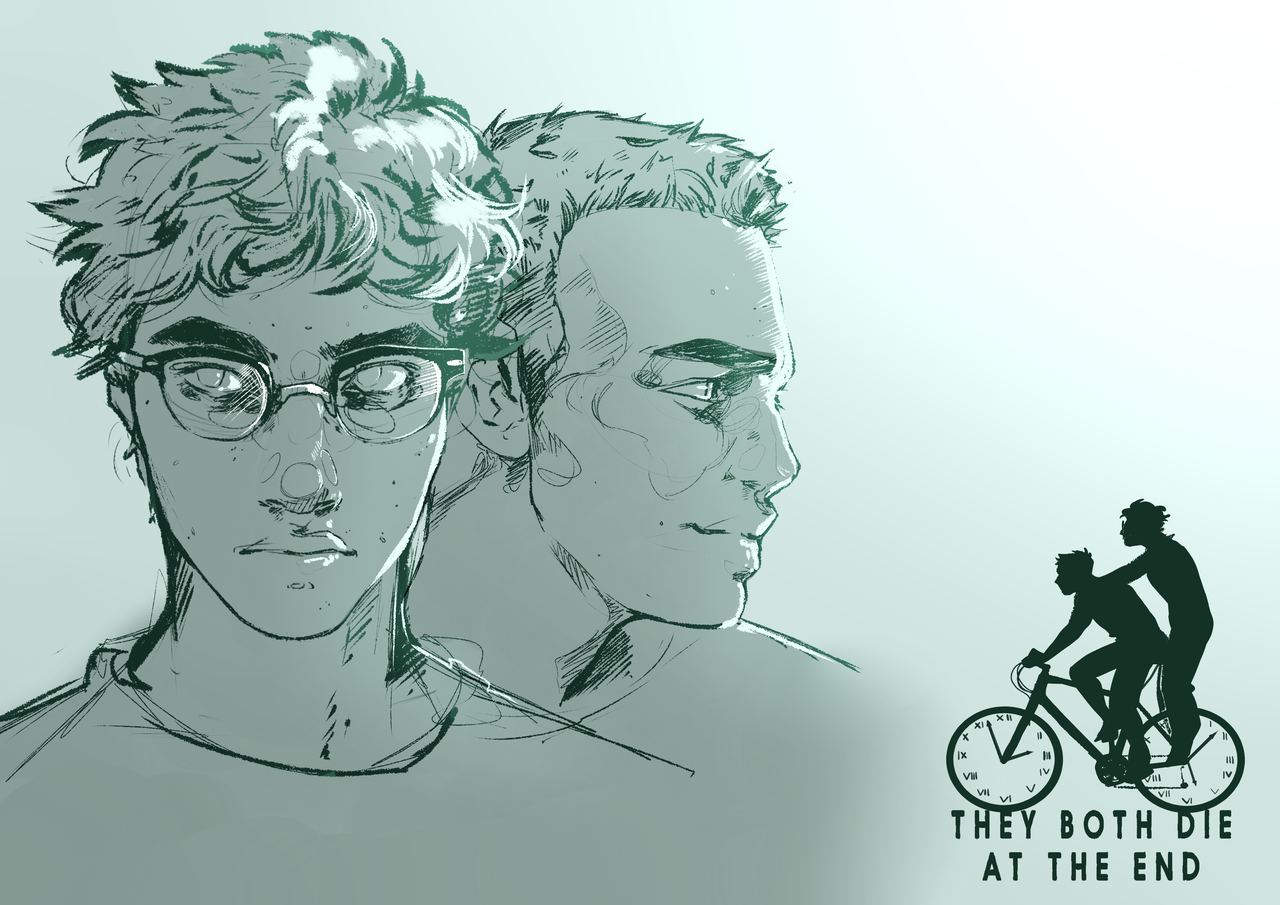 They have the best tragic love story I’ve ever read and I WAS WARNED OF THE ENDING AND I STILL CRIED. The development of their feelings was so natural and adorable and heartbreaking. If anyone asked me about the most romantic book I’ve ever read, I’d tell them about this story of two boys who were dying and decided that making a friend was the way to spend their last day on Earth. My Review

from The summer of Jordi Perez

Rivals to lovers trope at it’s finest, mostly because these two don’t know how to be mean to one another and are all around adorable. They are supposed to be competing against each other for a job and, instead, they fall in love and go on dates and spend their summer being cute. I really enjoyed this book as a relaxed, low-stakes, summer read that still managed to keep me engaged with the characters and the story. Here’s my full review.

from the Timekeeper Series

A clock mechanic and a clock spirit in a forbidden relationship in the middle of steampunk-England fighting against ancient gods to keep the apocalypse at bay and stop the total collapse of society? Yes, please. The books do an excellent job of upping the scales higher each time you think they’ve reached the top. It’s so exciting to see the story develop and how, through it all, these two keep finding each other and fighting to be together while also discovering more of themselves. It’s an amazing series that I highly recommend, the last book just came out last month and I’m already thinking of rereading the whole thing.. My Firestarter review

from The Star-touched queen

This is one of the few straight couples I actually was cheering for. Amar was the sweetest guy I’ve ever read and I love him. His wife had forgotten everything about him and he was so gentle in all their interactions, he let her have a full life on Earth until that turned ugly, and then took her to a magical castle where she could stay safe until her memories came back. When she decides to trust a shadow more than him he isn’t mad, he’s just worried about her. Maya, on the other hand, is slowly falling for him all over again (until shit happens) and when she remembers she’s willing to lay down her life just to get him back. They are both ride or die for each other and I love it. My full review here

from the All for the Game Series

They are both little shits and they both have their reasons. They were both hurt in the worst ways and turned out harsh, but when they are on their own, sitting on top of a roof sharing a cigarette, all the sharp edges smooth. They love each other so hard that it’s unthinkable for their friends to picture them in a relationship but they make it work. They are the best example of setting boundaries within a relationship, they always ask and are careful with the other’s triggers. The entire series is a wild ride, with mafia, college sports, drugs, and all sorts of things but the love these two share is honestly one of the purest things.

from the Captive Prince Series

This series is adult, which I didn’t know when I started reading and… let’s say I was caught off guard. A prince betrayed and sold into slavery to the rival kingdom ends up in the hands of the rival prince, who turns out to not be as much os an asshole as he pretends (when he wants). both of them decide it’s time to take matters into their own hands and spend three books trying to regain the power that’s rightfully their, in the way they fall in love, and it’ epic.

The last two couples I have aren’t exactly from books, the first is from a web comic and the second from a traditional comic but they are both great couples that deserve their spot in this exclusive top ten:

Set in a futuristic version of Australia we see a world where people can change their appearance with mods, except that Sunati notices a girl who seems to favor a “natural” look and gets an instant crush on her. As it turns out Austen can’t actually use mods and is self-conscious about it but this doesn’t make Sunati any less attracted to her. It’s a completed comic and we get the full development of their relationship in one of the most beautiful styles I’ve had the pleasure to read yet.

from… Midnighter and Apollo

Have you ever thought that the contrasts between Superman and Batman would make them one hell of a power couple? Well, here you have a bloodier version of Batman, who also has a super computer installed in his brain telling him the most efficient ways to kill, and a shinier version of Superman, who takes power from the Sun as well but all his powers are Sun related and has a halo. They are a stablished couple that has been going strong on the comics for decades now. In this particular story, Apollo is taken into hell and Midnighter decides that’s bullshit. We literally get a gay couple fighting their way out of hell, this is poetic story-telling

And that’s my top ten couples! Do you ship any of them?

If you’ve also donde this theme then leave me the link and I’ll check it out, I’m always looking for new ships–