Memorable books with the letter G

END_OF_DOCUMENT_TOKEN_TO_BE_REPLACED 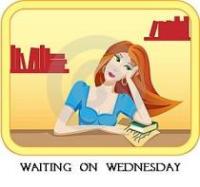 Waiting on Wednesday is a weekly meme hosted by Jill over at Breaking the Spine which spotlights highly anticipated upcoming releases.

Usually I’d wait until a book is published to see the reviews but there are some that I can’t help but be hyped for.

Today we are all about fat girls in love: One of them is a black woman and the other a middle eastern arab. There’s talk of makeup (wich I know nothing about) and fluffy goodness! It’s gonna be soft

Soft on Soft by Em Ali

June Bana might post nearly daily makeup looks that gain thousands of likes but Real Life June has built a wall behind which she exists with her two cats.
But with messy feelings getting in a way of an early hermit life, June begins to realize that she wants more. She wants model/actress, Sunshine Reincarnated Selena Clarke. It doesn’t hurt that Selena is amazing with cats and quiets down June’s anxiety to bearable levels.
June is given the choice of facing her anxieties about relationships to gain not only a girlfriend but also a better understanding of how far she’d go for love.
But would she take it? Would she leave her comfort zone for something softer?

Contemporary fluffy piece where one homebody and one extrovert make one hell of a love story.

Content warning for a discussion of a passed-away parent in chapter 2 and a depiction of a panic attack in chapter 8. Both are from the POV of the MC and are #ownvoices experiences.

Back to School/Learning Freebie

(in honor of school starting back up soon, come up with your own topic that fits the theme of school or learning! Books that take place at school/boarding school/during study abroad, books you read in school, textbooks you liked/didn’t like, non-fiction books you loved or want to read, etc.)

END_OF_DOCUMENT_TOKEN_TO_BE_REPLACED 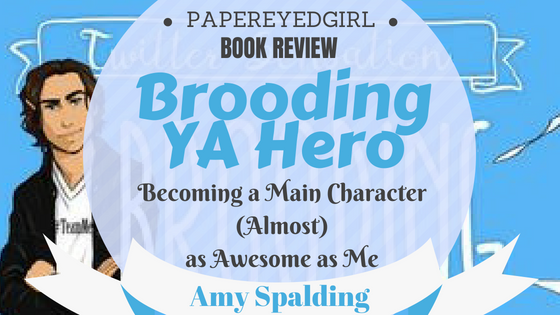 But I think “reviewers” are just sad souls in search of true love.

Subtitle: Becoming a Main Character (Almost) as Awesome as Me 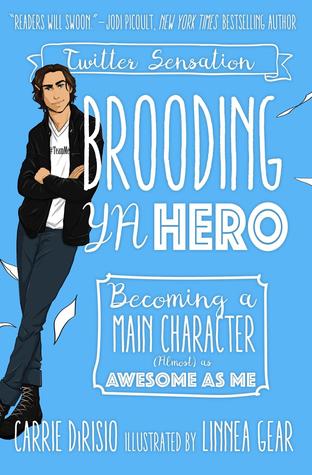 Have you ever wished you could receive a little guidance from your favorite book boyfriend? Ever dreamed of being the Chosen One in a YA novel? Want to know all the secrets of surviving the dreaded plot twist?
Or maybe you’re just really confused about what “opal-tinted, luminous cerulean orbs” actually are?
Well, popular Twitter personality @broodingYAhero is here to help as he tackles the final frontier in his media dominance: writing a book. Join Broody McHottiepants as he attempts to pen Brooding YA Hero: Becoming a Main Character (Almost) as Awesome as Me, a “self-help” guide (with activities–you always need activities) that lovingly pokes fun at the YA tropes that we roll our eyes at, but secretly love.
As his nefarious ex, Blondie DeMeani, attempts to thwart him at every turn, Broody overcomes to detail, among other topics, how to choose your genre, how to keep your love interest engaged (while maintaining lead character status), his secret formula for guaranteed love triangle success, and how to make sure you secure that sequel, all while keeping his hair perfectly coiffed and never breaking a sweat.

END_OF_DOCUMENT_TOKEN_TO_BE_REPLACED

Guess what?! I was tagged twice on the Mystery Blogger Award (yay) Here’s the first. This time it was the wonderful Bibi from Bibi’s Book Blog

END_OF_DOCUMENT_TOKEN_TO_BE_REPLACED

Memorable books with the letter F END_OF_DOCUMENT_TOKEN_TO_BE_REPLACED

WWW Wednesday! This meme was formerly hosted by MizB at A Daily Rhythm and revived on Taking on a World of Words.

END_OF_DOCUMENT_TOKEN_TO_BE_REPLACED

Methods to Pull You Out of a Reading Slump

This year I suffered a reading slump that lasted about a month or two, and discovered that when you are in a reading slump you (wait for it) don’t feel like reading (*gasp*) I’m turning this theme around and going through things you can do to move past that annoying slump

END_OF_DOCUMENT_TOKEN_TO_BE_REPLACED

Hey there! I was tagged by Angelica from The Book Cover Girl, an amazing bookish blog with a really pretty aesthetic *heart eyes*

Like most award we have a set of rules followed by questions, this time the questions are from the nominating blogger themselves so you get to pry! Here we go::

END_OF_DOCUMENT_TOKEN_TO_BE_REPLACED

Memorable books with the letter E