So, this spring/actually fall season I decided to join the Bookish Spring Bingo made  by Becca from Pretty Deadly Reviews. I made a tbr and everything but my plans are to never be followed so I ended up changing a few books in there.

Although this last month and a half I’ve been stuck in an extremely annoying slump I did manage to read some books.

Here you have the progress I made during these three months:

These are the titles for each category_

This is a Middle Grade book. It’s an anthology of legends from various native Argentinian tribes and it was pretty good.

Part of a series |

This is the second novella in the Wayward Children series. It works as a prequel to the first and tells us the story of Jack and Jill, from before they were born, through their years in The Moors, to their frantic scape from the place they considered home.

I’ve got a short review of it.

Beneath the Sugar Sky by Seanan McGuire

Half pink, but I’m counting it…

Third book on the Wayward Children series and my favourite so far. Our main characters are a mix of old and new and this time we actually get to travel to a variety of different world.

When Sumi’s child suddenly falls out of the sky it’s up to the other children to help her get her mother back, for that they have to travel and meet old friends, but they also have to fight and talk to a god.

I’ll be writing a review on it soon.

Made into a Movie |

This one was a re-read since the movie was coming out and I wanted to have the story fresh in my mind. And it was amazing. I love this book so much and though the movie wasn’t an exact replica it was just as sweet. Aaaand it gave us Simon yelling on that asshole’s face. 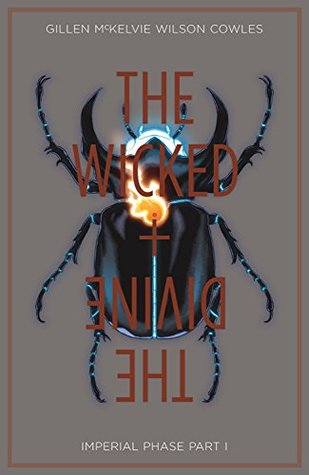 The Wicked and the Divine vol.5 and vol.6 by Kieron Gillen

I absolutely adore this comics. They are about how ancient gods from cultures all over the world reincarnate in the bodies of teenagers who, looking for the status they once had, become superstars. It sounds weird, I know, but it makes sense in-world. Our main character is Laura, who, by this point, has become a goddess herself. Laura is a black bisexual girl who started as just a fangirl but got involved with all the chaos that comes with teen-aged gods.

I’m not making a lot of sense but that’s because these two are the 5th and 6th volumes so there’s been so much going on that it’s hard to summarize.

This one was… nice? It wasn’t bad but I feel like, after reading Six of Crows I was expecting something equal or better. Which is unfair because this book came out way before that one. It was good, kind of your typical YA fantasy but with the twist of the Grishaverse, which is always a delight to read

Here’s my review of it

This one is a novella set in a town where different families of witches live. There is magic and coves and necromancers and it’s pretty good, it feels more like a set-up for the next book on the series. Our main character is a witch with fire powers and necromancer powers, he is a gay trans man in love with one of his coven (wich isn’t allowed).

This one sis set on a fictional country but I chose it because it’s based off Indian culture and fantasy. This book is a beautiful thing, both story-wise and in the writing style of the author.

We follow Maya, a young princess that was burdened with a horrible horoscope when she was born and so was an outcast on her father’s palace. On her wedding day she gets rescued by a mysterious man who promises to make her a queen in her own right and takes her to the Otherworld, where his kingdom is. This is a story of love and relationships. We go on a journey where everything we take for granted is called into question and feelings are as complex as they can get in real life.

I’ll be posting a review on Monday 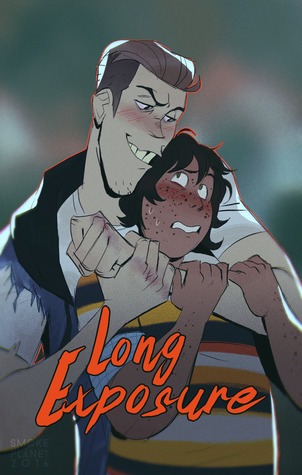 This one is for the Stranger Things’ fans. It’s set in the same ambiance as the series. The two boys are polar opposites, one is a shy nerd and the other is a bully. They used to be friends but life happened. They get paired up for a school project and they end up together walking through the woods, where they stumble upon a shady facility where they are covered in nuclear waste (or something( and they get superpowers. They also fall in love and it’s sweet how they talk about their pasts and their feelings.

This book destroyed me. It was my first Adam Silvera book and I’d heard how tragic his stories were but nothing prepared me for this. The book is literally called “They Both Die at the End” and I still cried like a baby when it happened. It was great storytelling and the characters were so well crafted that you had to care about them, even knowing they were going to die.

One of my favourite books ever and one I’m forcing a friends of mine to read asap.

You can find the review here.

Well, I did try this time. I finished the audio book (almost 20 hours) but sadly didn’t like it. It wasn’t all that bad but it was longer that it should be and so cliché that it was cringe-worthy.

I wrote a full review if you want to know more

Not too bad, right?

Did any of you participate in the Bookish bingo?

8 thoughts on “Spring Bingo Wrap Up”